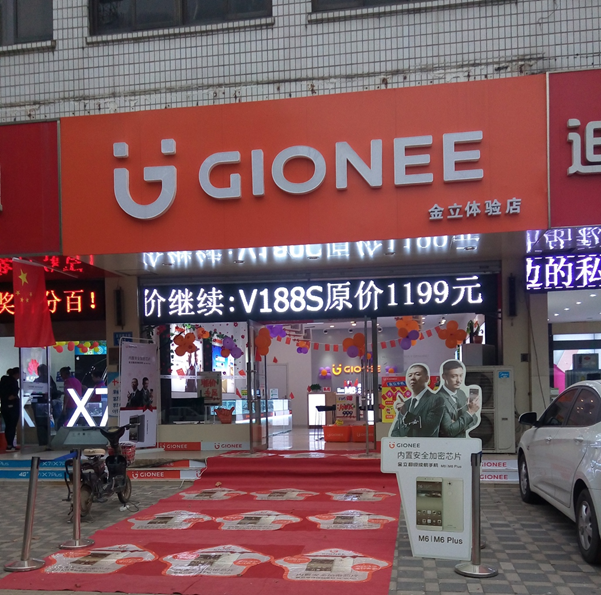 Apple and Samsung find the going tough in China

According to a report from the market research firm Sino, the market share of Apple, Samsung, and other global brands has declined to 13.3% in September, as opposed to 21% last year. This is a loss of 36.7% of the global brands’ market share to local smartphone companies.

One the other hand, Chinese smartphone companies have boosted their market share from 79% to 86.7%. This is likely the result of these companies’ more concentrated effort on the offline market. The market share of the offline market has increased by 23.6% since last year. With the unique advantage of their offline channel strength, “GHOV” (Gionee, Huawei, Oppo, Vivo) dominate the domestic market and occupy the top 4 positions. Gionee, notably, has been consistently in the top 4 for 9 months.

The market research company, DIGITIMES Research predicts that, in 2017, only three companies, Gionee, Oppo, and BBK(Vivo), will see global shipment grow by more than 15% . The market research company, Of these companies, Gionee has created a big channel network.by steadily developing its physical channel. Throughout China, from the large first-tier cities to the smallest towns, Gionee now has over 100,000 corporate sales points and over 300,000 sales counters, exports to more than 40 countries and regions, and has entered into eight national telecom carriers.

GHOV’s success can be contributed to two factors―making phones that are more appealing to the consumers and having a good penetration of offline channels. In the future， this camp will continue its strong development and hold on to the lead.

The emerging markets of South Asia, Southeast Asia, South America, Africa, and other regions will be the future growth engine of the smartphone market, as a large number of functional mobile phone users turn to the smartphone. It is necessary to put more effort into the offline market in these regions. Chinese smartphone companies will reap the reward of higher sales with their effort in the offline markets. There is no doubt that more and more smartphone companies will adopt this particular sales strategy.

Previous PostThe era of cloud based identity and access management! Next PostMistakes to Avoid When Hiring A PPC Management Company